Born in Weiden, Germany, in 1960, Reinhard was a navigator on a submarine for several years before he started painting on glass. His father Rudolf Schmid taught him the classical glass painting techniques as well as the new ones he invented. Over the last 20 years Reinhard Schmid has refined the use of pencil and watercolor on the reverse side of glass and combining this with the techniques from the old masters he has developed it into his highly idiosyncratic style.

In the early 90’s Reinhard worked with Jaro Art Galleries, Madison Ave., New York, and maintained a residence in Chicago, IL, for over ten years. Since 1993 he has also been the curator of the “Gewölbe der Geheimnisse” (Vault of Secrets) in his home town Viechtach, Germany, where he works on a large-scale version of the Tarot cards on glass (5 x 14 m!).

Reinhard’s works of art can be found in private collections in Europe, the U.S.A. and Japan. He worked with Gallerie Bäumler in Regensburg for several years and Jaro Art Galleries in New York, which also showed his work at the New York Art Expo. Since 1990 Schmid has run his own gallery. 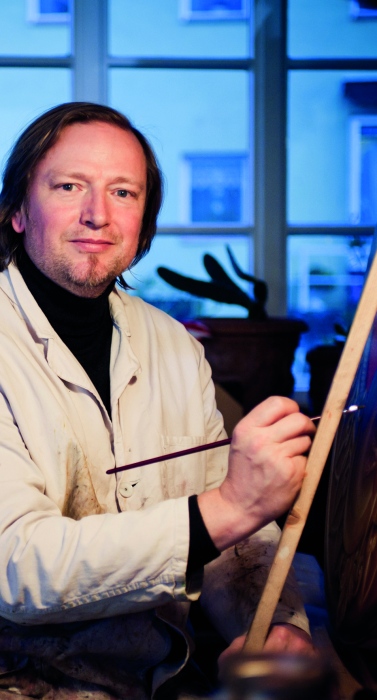 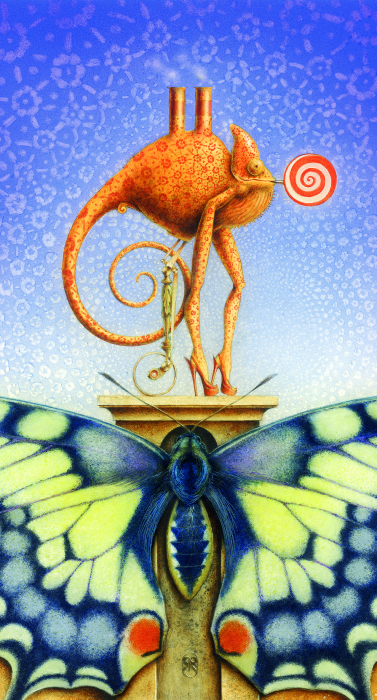